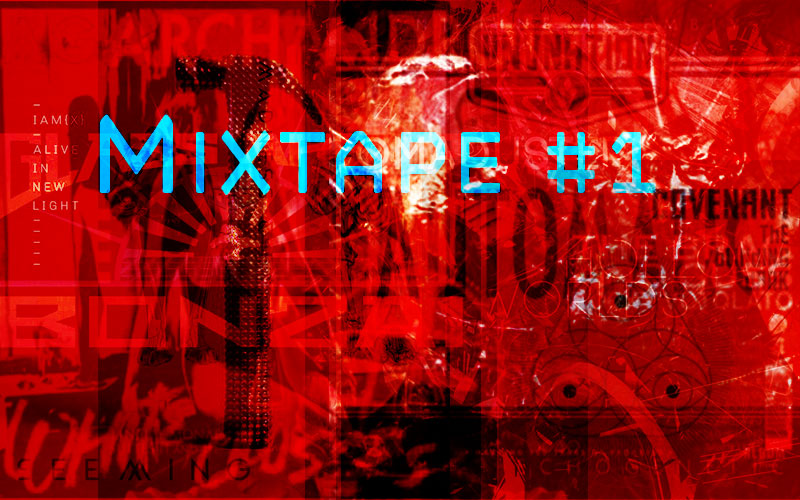 Mixed tape! Wherein I harken back to high school and the hours I spent on mixed tape album covers and spinning magnetic reels! Because fun! Also, because an excuse to listen to music I love.

Ten Favorite Albums from the Past Ten Years

The “10 favorite albums” question is fun, evoking for me classics like the Clash’s “London Calling” and Joni Mitchell’s “Ladies of the Canyon,” as well as foundational work like Joy Division’s “Unknown Pleasures” and Gary Numan’s “Telekon.” However, it does a disservice to more recent music I also love, just haven’t had decades to sit with. So here’s a mixed tape from ten of my favorite albums released in the past ten years.

3. Covenant – The Blinding Dark – 2016 – futurepop – track = Sound Mirrors. This album arrived at my door the day after the election with my favorite Jung quote printed on it: One does not become enlightened by imagining figures of light, but by making the darkness conscious.

4. VNV Nation – Automatic – 2011 – futurepop – track = Control. I know, I know, two albums by the same artist. But Automatic is my favorite. “Resolution” is from Automatic. And Resonance is in a class of its own. (also why there are 11 tracks on a 10 track mixed tape)

5. Front Line Assembly – Echogenetic – 2013 – industrial – track = Ghosts. FLA’s long history puts some of its albums as contenders for best-of-ever, but Echogenetic is among my favorites all ’round.

6. Rocky Votolato – The Brag and Cuss – 2007 – americana/folk/alt-country – track = Red Dragon Wishes. Back in my alternate youth as an angry, drunken, southern boy, I identify with punk-edged folksy americana… Votolato is my style of Dylan.

7. Against Me! – White Crosses – 2010 – punk/alt-rock – track = White Crosses. One of the directions the beloved punk of my youth has gone, I sucked into this from the first listen–but coming out on stage got Against Me! an additional personal hero award.

10. Seeming – Madness and Extinction – 2014 – post-everything – track = The Burial. This album could end up my favorite ever. It’s an evolution of sound and poetry, tender and ruthless in its transmission of modern unraveling.