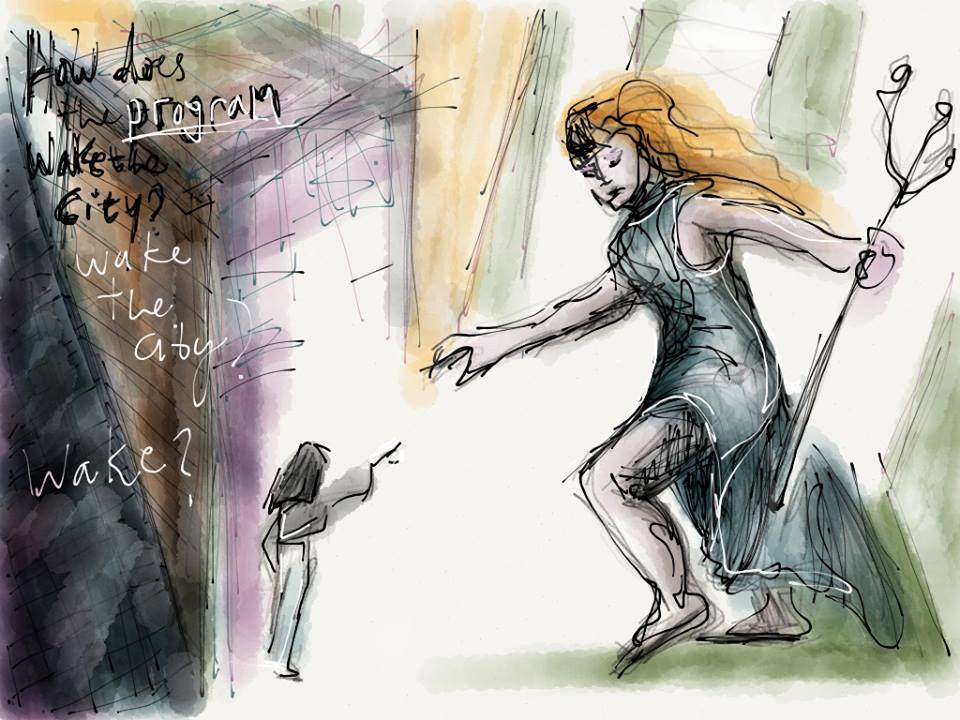 The élan vitals–the invisible aliens that inhabit the slow waves of the electromagnetic spectrum and some part of physics we’ve yet to understand–were my invention to play with the notion of: what if ideas were sentient and we could talk to them?

They were then sourced from a jumble of ideas, both scientific and fantastic, plus hands-on play with circuit boards and an Arduino, to work out practical things like, “how could something with fine-tuned control of EM but no corporeality talk out loud?” Just a short list of sources: ghosts, radio broadcasts, shamanism, magnetic resonance imaging, tulpas, Jung’s collective unconscious & archetypes, western hermetic and ceremonial magick, piezoelectricity and multiple other concepts from the study of electricity and magnetism, Lovecraftian horrors, strong artificial intelligence (which cannot be created via computation in the universe of the stories), mushrooms and fairy rings, a wistful childhood fascination for psychic alien companions–

There are a three “kinds” of élan vitals in the liminal universe. There are the huge, complex, ancient, incredibly alien ones like Strange Navigator, few of whom can communicate with humans, and even less of whom have stuck around to do so once they figured out what shits we are. There are smaller, simpler ones that are broken off from these larger ones, like budded semi-fractal offspring; they are new, mobile, and like to hang around with us. Well, some of us. Then there are the ancient ones with a “fixed domain”–they inhabit specific places and are bound to them, like an epic haunting. All élans are shaped by the electromagnetic frequencies of where they are, including ours. The élan vital inhabiting Red City is one of these fixed domain élans–and she’s been there much longer than humans have. One summons an élan vital by generating frequencies it resonates with. Hence the practicality of magick.

The other bit of backstory on the élan vitals is this: I’ve a huge pet peeve about aliens that are just like us. Star Trek is terrible about this–it’s like oh, you took a non-modern-American culture and called it alien and pretended like no one would notice? (I do like Star Trek, I just need to view the aliens as allegories not as aliens.) I thought Farscape did a better job, presenting aliens that at least went by radically non-human social norms. Anyway, I wanted my aliens to be really alien, although not to the point of complete inability to interact with humans (which is done very well in many places, for example, Peter Watts’ Blindsight). What does it mean to exist eternally, outside of mortality, without a body–but with an acute sensitivity, susceptibility to change? What does fear then mean, what does self-preservation become?