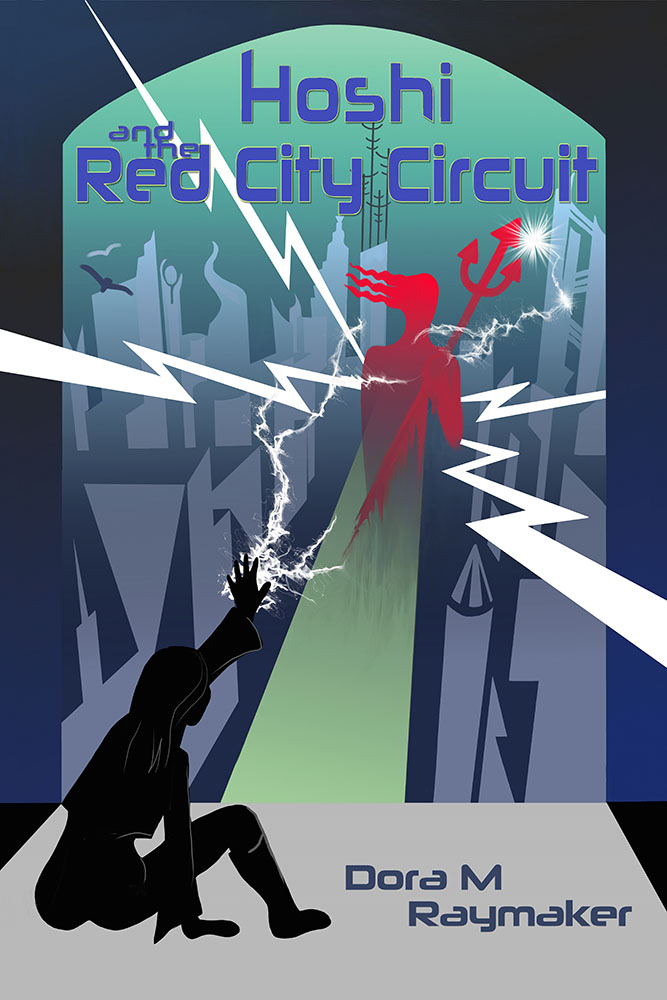 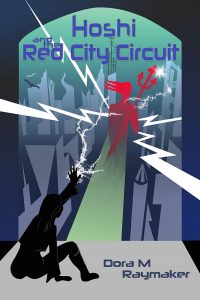 In a far future, on the cusp of a major civil rights movement, a private investigator whose disabilities aid her in her investigations must stop a serial killer while political forces manipulate her for control of her beloved city.

It’s said, “write what you know,” but I say, “write what you love.” Hoshi and the Red City Circuit is a love song to my favorite stories, from early devourings of Encyclopedia Brown and Nancy Drew, to later walks down William Gibson’s Sprawl and Blade Runner’s gritty, neon streets.

It is a full-hearted call-out to the silenced and the weird, to the people like me who never see themselves the hero of the book because they are disabled, or queer, or otherwise pushed to the margins and told to stay. It is a love song to those of us who say, “no, I won’t stay; I have something beautiful to chase beyond your walls!”

It is an ode to cities where I’ve wandered: from the towers of New York to the parks of one Portland and the seaports of another.

As far as the alien psychic twist…Anne McCaffery imprinted me early with her alien psychic dragon companions. But mix that with darker companions, echoes of Madeline L’Engle’s ecthrohi, Ged’s shadow in A Wizard of Earthsea, and the utter alienness of Lovecraftian horrors. My beloved cities, too, have spirits, each a unique, flavored personality. What if we could talk to our cities? What might my city, constant companion who enfolds me, say? Would she be light or dark, or, likely, both?

Lastly, Hoshi and the Red City Circuit is a love song to a world I hope we are still trying to build, one which is unafraid to explore power and privilege, and dis/ability and social norms, as both Hoshi and the city–as we–struggle to come to terms with a more justly integrated society.