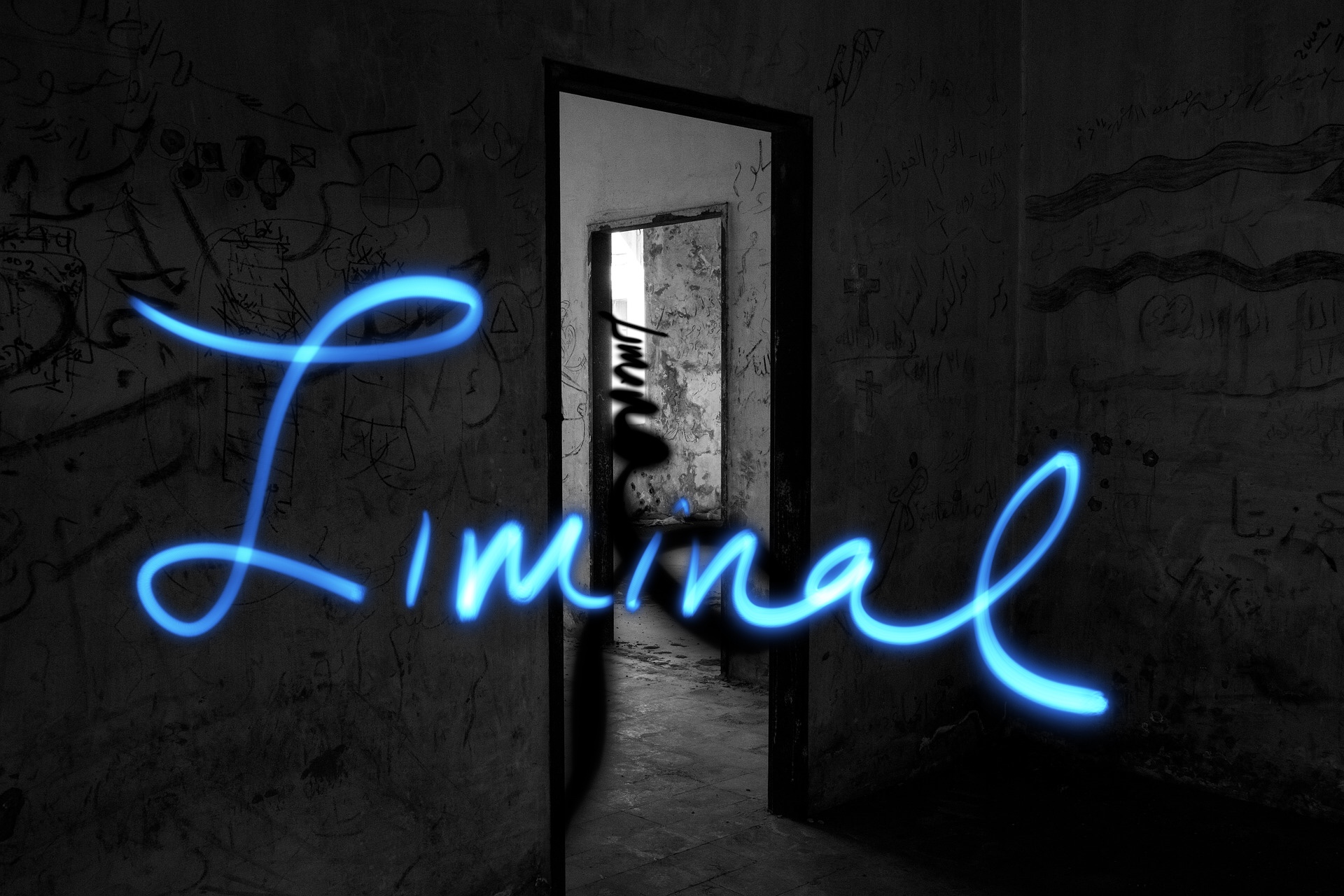 In the category of, “things that make perfect sense in my brain but no one else’s,” is likely why I call the world where Hoshi and many of my other stories are set the “Liminal Universe.” Here’s the missing info.

liminal | ‘limǝnl |
adjective
1. relating to a transitional or initial stage of a process
2. occupying a position at, or on both sides of, a boundary or threshold
from Latin limen ‘threshold’

I started developing this universe over 20 years ago. At the time I was extremely interested in the concept of liminality. Okay, so I’m still extremely interested in the concept of liminality. The first novel I wrote in the world was named Liminal. It takes place about 50 years before the upcoming Resonance (55ish years before Hoshi). I still haven’t managed a draft of it I’m happy with, but hope to eventually as it’s the start of the cycle that Resonance and its companion book Revolution complete.

So how does this ‘verse connect with liminality?

Subliminal vs. supraliminal and thresholds of sensation – This is all about the élans, the aliens, the sensation of someone “walking over your grave” and humanity’s fascination with ghosts on the radio. The world of the aliens and the human world are largely subliminal to each other–outside each others’ ability to perceive–but that does not mean unconnected.

Social liminality – The Operators / nauta occupy a liminal position in society, being both valuable and marginalized. As someone who has always existed in liminal spaces, I tend to write about sectors that don’t fit into social norms, that occupy intersectional positions, or that have large amounts of fluidity, such as communities of individuals who are artists, exiles, or illegal.

The liminality of the Mem – The metaverse-cyberspace-virtual world of the Mem is as inherently liminal as our internet. I mean, really, what the heck is this thing? Is it real? Is it a collective dream? A bunch of zeros and ones or the place where we meet and live?

Literal thresholds between dimensional spaces – Although my SF is grounded in real complexity science and social science, I am not a physicist. So my handwavy way of managing space travel is to throw in some thresholds LOL. The places where space farers transition between realspace and dimensionspace are called, officially, Liminalities. For example, “The Stella-Maru crossed the Saturn Liminality from dimspace into the Sol system.”

Paradigmatic transitions and initial stages of first contact – One of the main reasons why I invented this ‘verse was to explore the transitional stages of paradigm shifts. What makes an entire population change its mind about something or see things in a new way? Also, these stories take place in the initial stage of negotiation and understanding between the humans and élans when outcomes still could go in any direction.